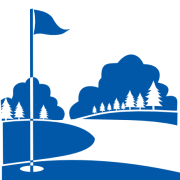 Opened for play in 1991, Dayton Valley Golf Club At Legado is a public golf course located in Dayton, Nevada. The course consists of four Par 3's, 10 Par 4's and four Par 5's and plays to a maximum distance of 7218 yards with a Course Rating of 74.0 and a Slope of 131 over 18 holes. Five choices for men's tees and three choices for ladies' tees provide an enjoyable test of golf for players of all abilities.

Rental services are available including pull carts and golf clubs. The practice area at the facility includes separate chipping/putting greens. Food and beverage options include a restaurant with full service bar and an on course snack bar and beverage cart.

10 Aug 2021
Kevin Alexander
We were pretty psyched up to play this "Arnold Palmer designed facility". Unfortunately, the reality of the experience was far below our expectations. The desert valley weather conditions were extreme (even for us Floridians who are used to Hellish summers), but the conditions were poor. Most notably the bunkers were composed of petrified mud and some of them had deep puddles in the middle of the craters. My ball found its way into many of them as well as thick rough that was nearly impossible to get out of. I'm not a good golfer but this was truly one of the worst rounds of my life. I don't throw my clubs - but I sure did want to throw them at this course. I don't normally want to quit the game but I was angry enough that the thought crossed my mind. I will say that the staff was super-friendly but I can't recommend this course.
Amenities
Price
Playability
Conditions
Overall

This is the Modal Message