Golf Frontier was originally conceived back in 2008 by John as a way to share Golf Scores with his college buddies. By this time they were spread out all over the country, and having the site made it easy to see what everyone else was up to. Commenting on each others golf scores was an easy way to keep in touch.

With the success of the original website, The Golf Frontier GPS Mobile Application for Android (and Windows Mobile) soon followed. Golf Frontier GPS was named the Amazon App Store App of the Day on July 31st 2011. Through the years, counting the various app stores and the variety of app versions, the app has been downloaded over 300,000 times. Over that same time, more than 80,000 golfers have signed up to use the website.

In late 2020 John decided that it was time for an overhaul of the site. Everything has been redesigned from the ground up to make the site as user friendly and easy to use as possible (John still does all of the coding).

Additionally, John and his college buddies continue to get together each year for a golfing vacation, they recently added ridiculous golfing attire to their campaigns. 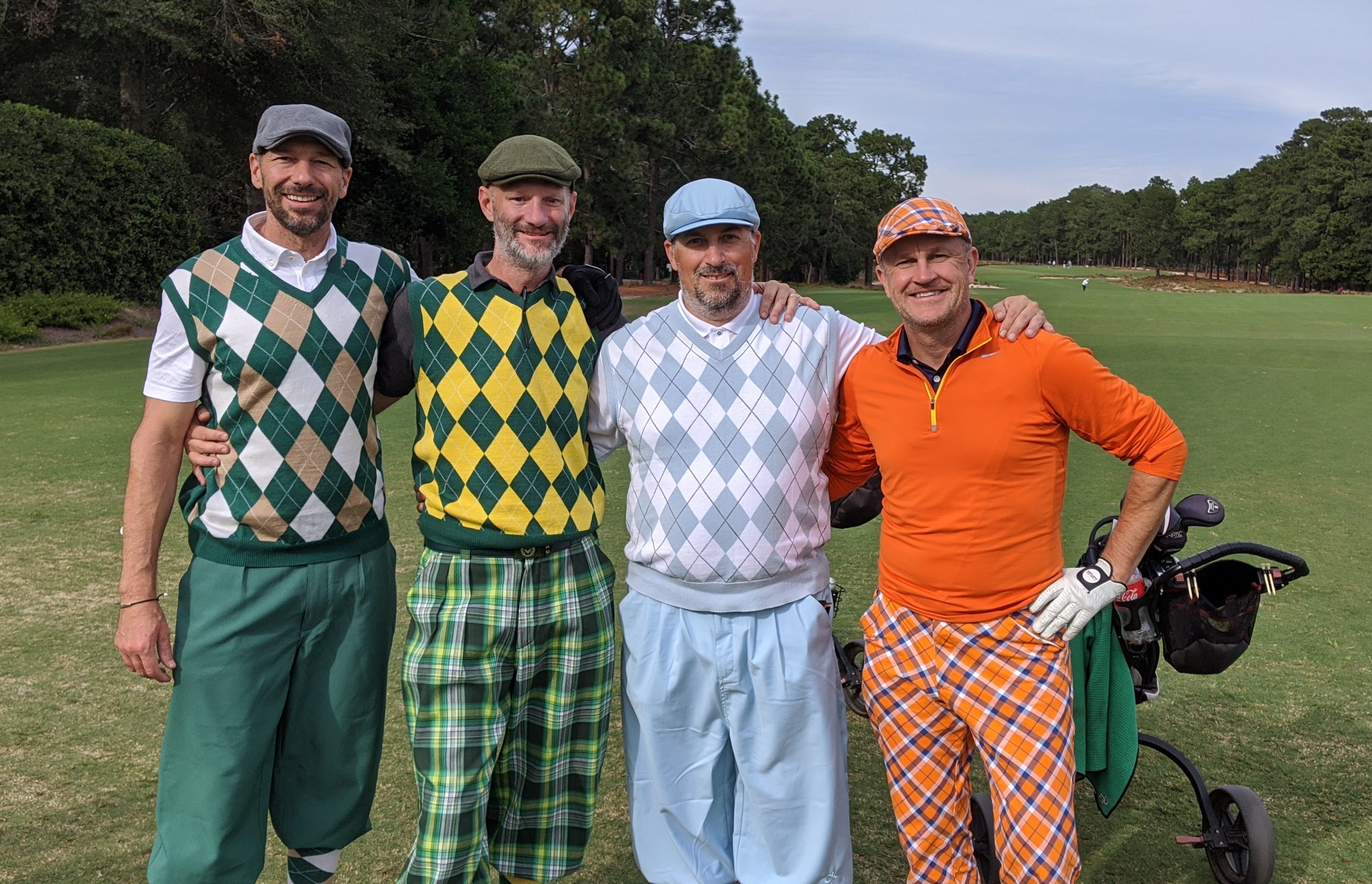 Golf Frontier is based in Westminster Colorado.

Next Up: A redesign of the Golf Frontier GPS Mobile App.

This is the Modal Message